Looking Back: 20 Years in Business as an Award-Winning AV Company 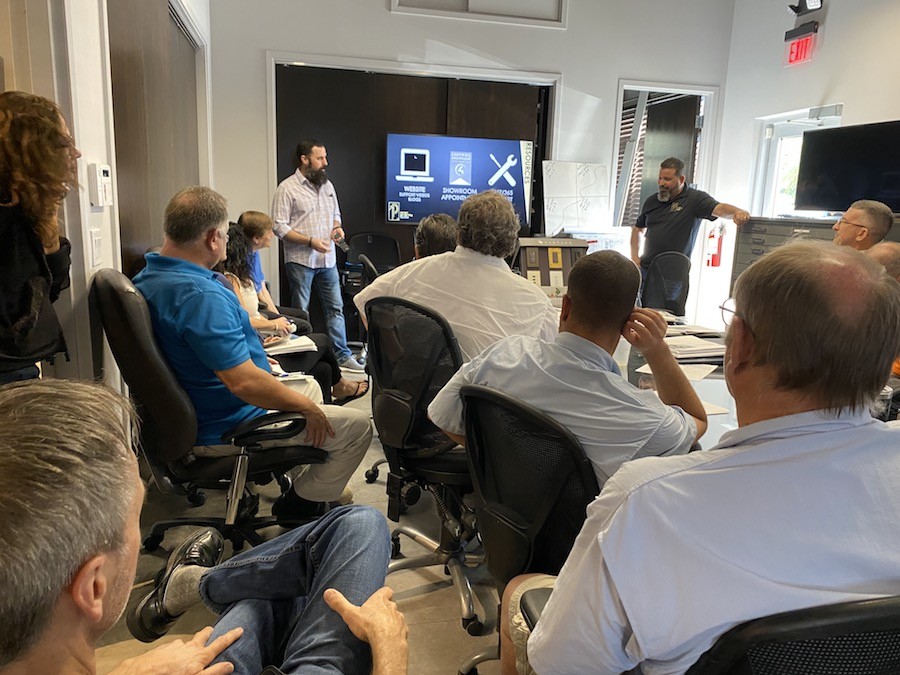 First Priority Audio, Then and Now

How the years have flown by! It’s our 20th anniversary as an AV company in Pompano Beach, FL, and my, how much has changed in the past two decades. When we first started in the AV industry, there was no Control4, no voice control—people didn’t even own smartphones! Now, we can control our entire house with a tap on our touchscreens.

The AV and smart home industry move fast, but at this incredible milestone, we’d like to take a look back at our journey as integrators. Today we’re a staff of 27 people with nine service vehicles and an impressive portfolio of projects. But here’s how First Priority Audio began.

SEE ALSO: Behind the Scenes: How We Install Control4 Smart Systems

Our CEO Bert Herrero has been fascinated with technology since he was a kid. At 18 years old, he started Antenna Doctors, a company that helped people receive local channels on satellite TVs.

From there, Bert worked in telemarketing, then a travel company from 1995 to 2001. He had been running a call center with over 150 employees, but on September 11th, Bert realized that life was short, and he needed a change. So on September 12th, 2001, he resigned from the travel company and has “been slapping a hammer and nail ever since.”

Joel may be Bert’s cousin, but he wasn’t with First Priority from the start. In fact, he worked in AV for many years before teaming up with First Priority Audio. Joel was born and raised in Miami and always tinkered with radios and gadgets as a child. He studied hospitality then fell into project management, working in construction at age 22.

Seeing homeowners renovate their properties with home theaters and sound systems reminded Joel of his love for AV. So, Joel kickstarted his own one-man business in 2007. He drove the van, ran wires, and did the invoicing and billing all by himself. It was becoming too much, and after selling a quarter-million-dollar project, Joel called up Bert and said, “I need your help.”

Then and Now: A Family-Run Business

Joel joined First Priority as the general manager of First Priority Audio, tackling the sales side of the business. “I’ve always been the technician,” says Bert. “So, bringing Joel in, he really started taking the lead on sales.”

Bert says he always saw First Priority Audio as a family-run business. “I’ve worked with my cousins, my mom, my wife, but then you run out of family, and you’ve got to hire people. We treat our entire team as family,” he says. Joel is relieved to no longer be a one-man show and is happy to share the burdens—and successes—with a team.

If you’re looking for an AV integrator in the Pompano Beach area, we have 20 years of experience and are always looking to the future. Fill out our contact form, call 954-650-3074, or chat live with one of our representatives below. We look forward to hearing from you!

Traveling? Control4 Automation Lets You Keep an Eye on Home

Smart Home at Sea: Discover the Possibilities in Marine Automation