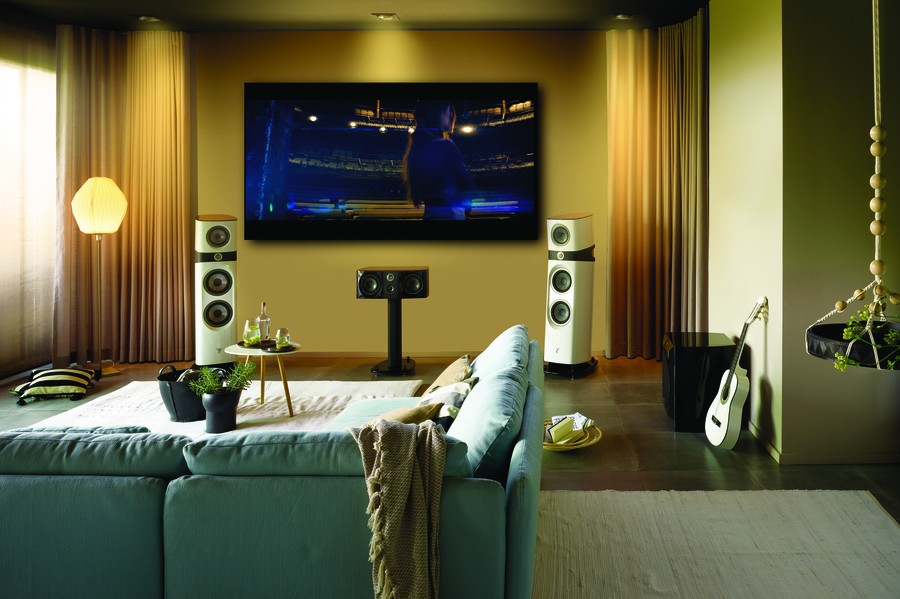 Get Ready for Football Season with Upgraded Audio

Imagine it’s game day, and in your media room or home theater, you’re immersed in the roar of the crowd, blaring of whistles, and yells from the team like you’re really in the stadium.

If you’re a football fan, now’s the time to upgrade your home entertainment with high-end audio. Built-in TV speakers will unfortunately never deliver the immersion that’s possible with a stereo or surround sound system.

Just like great audio can pull you into a movie, the same can be true for sporting events. So whether you watch the NFL, college football, or both, here’s how you can improve game-day audio in your Parkland, FL home.

Does a higher price tag automatically mean better quality? We often see videos and articles that attempt to debunk the value of fancy wines and meals. But when it comes to audio, there is absolutely a difference between low-end and high-end loudspeakers.

The best speakers can accurately replicate low, mid, and high-range sound frequencies, so you’ll hear every musical element as the artist intended. When watching TV and sports, this means low bass sounds should have ample power without drowning out other audio details.

Loudspeakers by reputable brands are large enough to include the audio drivers necessary for dynamic, balanced sound. But if you’re using smaller retail speakers, like a portable Bluetooth speaker, it won’t have the capable drivers to play every sound. It distorts and compresses audio, which leads you to miss many audio elements.

Most sports broadcasts are mixed in stereo, which sounds best with a left and right loudspeaker for both audio channels. But increasingly, more TV providers and channels are offering 5.1 surround sound formats, including YouTube TV.

To experience surround sound during the game, we recommend installing at least five speakers with a subwoofer for total immersion. At the front of the room, place left and right speakers on either side of the center channel speaker, which may be installed below or behind the TV. Add two additional left/right speakers beside seating at ear level. The subwoofer should ideally be placed a foot away from the wall on the floor.

With surround sound, you’ll clearly hear what’s happening on the field while announcers talk. Surround sound pulls you right into the game like you own season tickets!

If you’re a fan who prefers to listen to the crowd and turn down the announcer’s commentary, try adjusting the sound controls. Many televisions and audio receivers include a multiband equalizer that allows you to decrease certain frequencies. If you don’t have an equalizer, experiment with sound modes like “Movie” or “Game,” or even the bass and treble controls.

And if you’re listening to surround sound, you can turn down the center channel to quiet the announcer’s dialogue. Or would you rather listen to commentary than the crowd? Turn down the left, right, and surround speakers and turn up the center speaker to hear announcers loud and clear.

Ready to take this football season’s audio to the next level? First Priority Audio is here to help. We install high-end audio systems in homes across South Florida. Contact us here to get started!