The Best Home Theater Technology In 2021 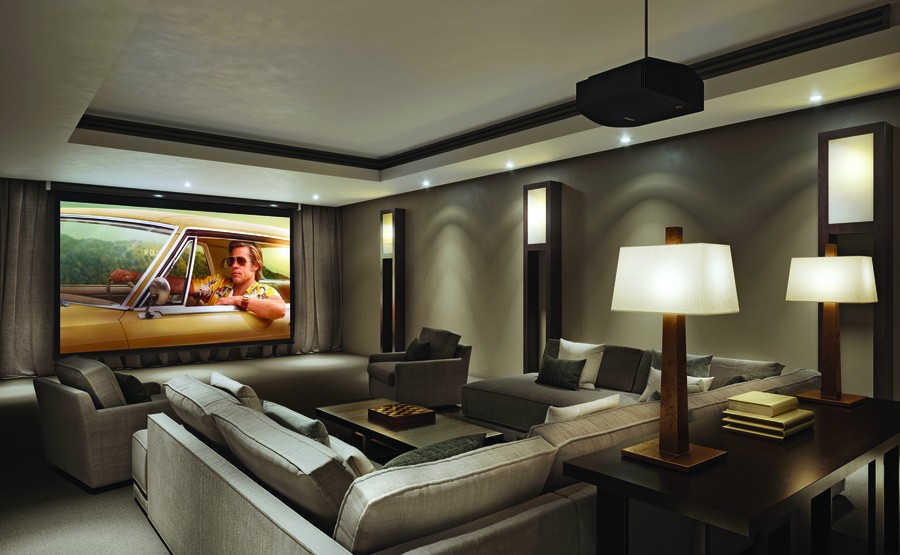 If You’re Upgrading Your Home Theater, Do It with the Finest Equipment

In our last installment about home theaters, we discussed how Hollywood’s new direct-to-streaming film options benefitted home cinemas. It’s not just the on-demand options that make now the best time to own a home theater. Recent technology advancements bring impeccable visuals and booming sound that previously only belonged to movie theater chains.

Whether you already own a private cinema or are curious about a new home theater design, you won’t want to miss the latest technology available. Find out how it will enhance your Hypoluxo, FL, home entertainment below.

Most folks think that a projector’s image is more faded and vulnerable to glare than an HD television. But if you’ve been to the movies and settled into a dark cinema, you’ve seen how excellent a projector can look.

If there is any ambient light in your theater room, it will tamper with visuals, making the screen look ‘washed out.’ Motorized shades can help reduce any light from outdoors, but an ambient light rejection (ALR) screen reflects ambient light back to viewers, making the projector image pop.

There’s surround sound—then there’s Dolby Atmos surround sound. Unlike standard surround sound setups, Dolby Atmos is object-based, treating each audio element as distinct. With upward-firing speakers, each sound bounces through over 128 points in the audio field and is never restricted to one channel. That means as a T-Rex stomps overhead in Jurassic Park, it feels like the dinosaur is above you. You’ll hear its thunderous steps depart in the distance as though you’re really there.

Introduced in January 2015, DTS:X isDolby Atmos’ rival. It’s also object-based with multidimensional, lifelike sound. The difference is that you don’t need to add new speakers to your home theater. A DTS:X-enabled receiver treats your existing speakers with the technology. Many receiver manufacturers are releasing firmware updates to support DTS:X, and hundreds of new Blu-rays are available to support both DTS:X and Dolby Atmos.

What a Professional Can Do for Your Home Theater

If you want your theater to look polished and seamless, a home theater installer can wire in-wall speakers, install projector and screen lifts into the ceiling, and sync it all to an automation system. You’ll want the theater to be intuitive and quick to use, so  imagine pressing ‘Home Theater’ on your smart system app. The lights will slowly dim, the screen will lower, motorized shades descend, and it’s movie time!

If you’d like to learn more about the latest home theater technologies, join First Priority Audio on March 25th on Facebook Live, where we’ll be sharing our insider knowledge and tips. ‘Like’ us on Facebook here and RSVP to be reminded the day of the event!

Which Bang & Olufsen Speakers Are Right for Your Home?